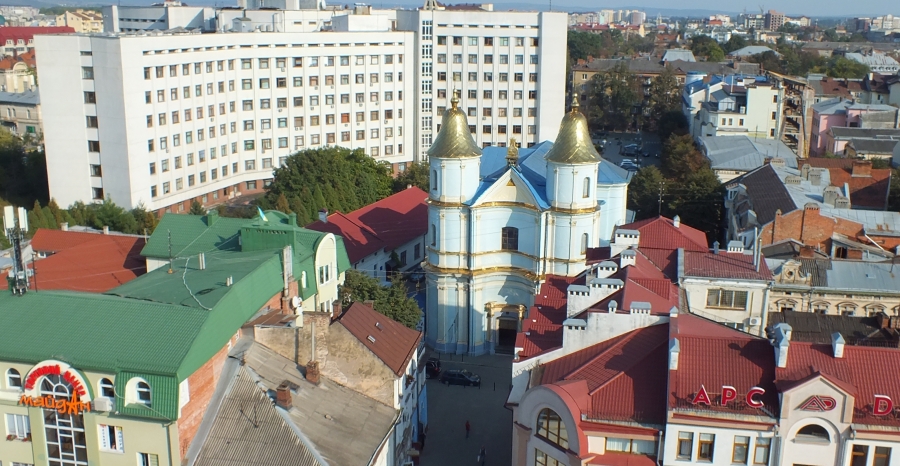 When I booked the eight trains spanning four days of travel from London to the formerly Polish ancestral village of my father (now lying within western Ukraine), I hadn’t realised that I’d be following the same route, more or less, that my father had driven us as a family in the late 1960s.

A wartime Polish exile, unable to visit his real homeland when it became part of the USSR, he would drive us to Poland as a second-best option. Back then it involved what my nervous mother referred to as ‘going behind the Iron Curtain’ that divided the West from the communist East. I remember hours standing next to the car at checkpoints as unsmiling DDR border guards pulled out the back seat and slid mirrors beneath the chassis. Long days were spent driving along the transit corridor through the forests of East Germany and Poland, where small crowds would gather whenever we stopped, and I had the job of handing out sweets and oranges to the wide-eyed children.

Some fifty years later I decided to travel east again, although this time it was possible to keep going into Ukraine, to the town closest to my dad’s village – the town of Ivano-Frankivsk, closed off by the Soviets until the early 1990s.

The lack of direct flights to western Ukraine gave a good excuse to do it by train.  Ryanair’s forthcoming route to Lviv will win for speed and price, but a couple of hours strapped into a budget aircraft will hardly convey the same sense of travelling through central Europe to the east.  And a train trip encourages some wonderfully atmospheric stopovers. Just don’t expect it to be restful.